Has your hybrids fuel economy decreased since you first bought the car? Do you find yourself filling up at the fuel tank a lot more than you used to? Well it is a common symptom of a poorly performing hybrid and a common question we get asked about.

The reasons for poor fuel economy in hybrids can be directly linked to the performance of the hybrid battery. We have seen from our own testing deteriorated hybrid batteries with low capacity or high degree of variation are consistently outperformed by reconditioned and new hybrid batteries. These days we offer new aftermarket hybrid battery builds in addition to reconditioned builds. Our new aftermarket builds offer new performance at a significant discount to the Toyota OEM equivalent. The fuel savings alone have made this option a preference for our clients in the passenger service industry. In many cases the HEV battery is not at fault for poor fuel economy in fact the fault lies with an under-performing engine. Infrequent servicing, dark/dirty oil, blocked and dirty filters all contribute to more trips to the pump. However more specifically we are seeing issues arising from a blocked EGR system. Most commonly this issue is seen in the 2011+ Toyota Prius and Camry hybrids. The exhaust gas re-circulation (ERG) systems function is to recirculate exhaust gas back into the engine. The purpose of this system is to mix with incoming air and reduce heat in the engine cylinders. A cooler running engine means a more efficient engine in addition it recirculates unburnt fuel further increasing efficiency. 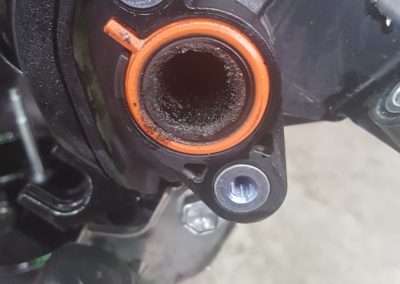 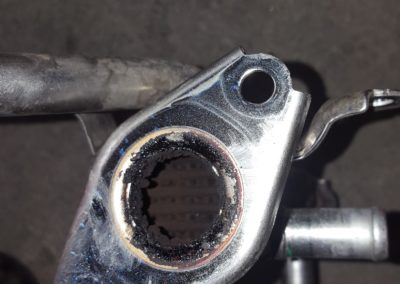 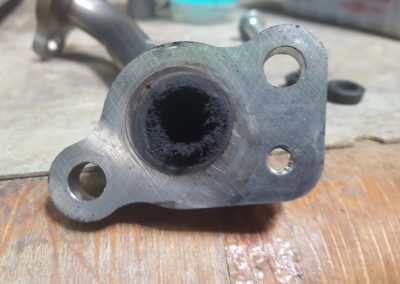 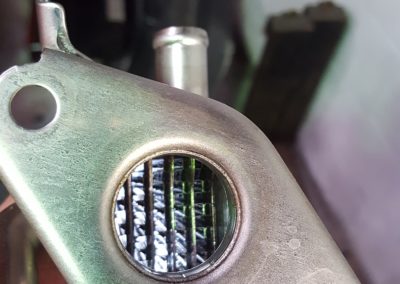 In some cases the EGR system can become so blocked that it can cause misfiring of the engine at low speeds. These blockages are caused by the build-up of carbon from the exhaust air that is recirculating to the engine. These blockages can occur anywhere through this system from the EGR cooler, EGR valve, PTC and the air intake manifold itself. To resolve this issue we remove the EGR and air take system and do a full clean of it. Scrubbing all the inlets, valves and using an ultrasonic cleaner for the more difficult components. The result of this cleaning is a cooler more efficient engine. And in some cases the fuel economy of the vehicle can have an increase in excess of 5Km/L.

This sort of repair could cost thousands as many of these components are simply replaced because of the difficulty in cleaning them. In addition this sort of repair is only carried out once the vehicle is showing severe symptoms like engine shaking and misfiring. Often poor fuel economy is ignored as it is attributed to an expensive hybrid battery or simply because the vehicle is still running more efficiently than a conventional ICE vehicle.

If you find your vehicle is suffering from decreased fuel economy don’t put up with it. Get in touch and ask about our EGR system clean with our expert hybrid technicians.